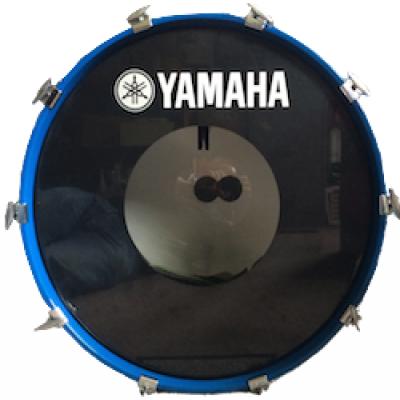 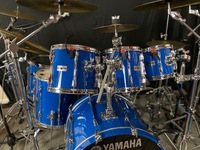 I'm bald. I play drums. What's not to like? (probably lots!)

Been playing around 35 years on and off. Worked professionally in my early '20s after graduating from Musician's Institute (MI) in London but ended up in software development not long after in order to make a livable wage. Still there. Thanks to the marvels of home working, I got to the age of 48 and ditched my home country of the UK and moved to Southern Spain. Partly for the change but mostly because the UK has become a massive guff of nativist, self-serving clots who stole my citizenship of Europe in the name of 'taking back control'. I will never return if I can help it. I never thought I'd live to be ashamed of a British passport.

Anyway... Drums (along with flying paramotors) has been and always will be my primary interest. Along with playing in local bands (took two weeks after moving here for a local band to discover a new drummer was on the block!), Wikiloops is my primary musical outlet and ongoing musical guide. I'm always striving to improve my playing and learn as much as I can. You're never too old or too experienced to learn new things from other musicians. Saying that, I've been on hiatus from Wikiloops for over six months now whilst I settle in my new country and await the completion of my studio. I am very much looking forward to contributing again. For now my drums are set up where my band rehearses and my studio gear is piled in the living room waiting for their new home.

You might think all you do is 'give back' when you're experienced but I'm always learning here. There's many places out there like Wikiloops but none of them have the camaraderie of this place - an oasis of working and playing together for the sheer hell of it no matter where you come from. The pure joy of unjudged music and creativity where who you are or where you're from just doesn't matter.

- Alesis SamplePad Pro (cheap Octapad copy!). Resides in the UK for use with my band.

- Dell desktop core i7 running Reaper and PreSonus Studio One with loads of plugins including Waves Gold suite v9 and Izotope
- 2018 MacBook Pro. Not used much as half my plugins won't work since MacOS went 64-bit-only
- Enough cables to start my own bungee jumping company

wikiloops online jamsessions are brought to you with friendly support by:
boofella from Canada

"Such a great site to make music fun!"